Parth Samthaan’s HERO look has got us excited 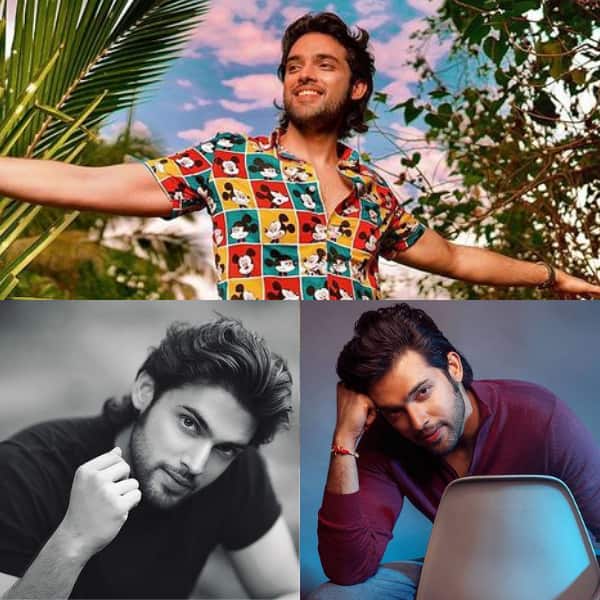 Parth Samthaan has won several hearts as Manek from Kaisi Yeh Yaariyaan and Anurag from Kasautii Zindagii Kay 2. The actor will next feature in a never-before-seen avatar in HERO. Ekta Kapoor’s web series is one of the most anticipated ones as Parth’s fans are dying to see him back in action again. The actor recently got his long mane chopped off, just before his birthday. However, we think the longish hair suits him really well. From photoshoots to selfies and candid pictures, Parth Samthaan’s Instagram is uber-hot and we cannot stop gushing over his pictures. His never-before-seen avatar, his long (formerly) hairdo, that charming smile, new project makes him our Man Crush for today. Let’s have a dekko at some pictures of Parth in the long hair and well, drool away. Also Read – Before Salman Khan’s appearance in Shah Rukh Khan’s Pathan, here’s a look at 9 cameos by the Tiger 3 actor – view pics

Talking about Hero or also known as Main Hero Boll Raha Hu, the web series features Parth as a gangster. It is said that his character goes from scouting gun bazaars to killing people. The actor had gushed about bagging a full-fledged web series in a statement and said, “I am extremely excited about this new project as it is my first full-fledged web venture with ALTBalaji. It’s a gangster-based show from the 90s and my character is inspired by a true story.” Also Read – ‘After watching Gopi Kishan Athiya, started calling me, ‘Mere do do baap’,’ reveals Suniel Shetty

Talking about his ‘Hero’ role, Parth had added, “I have been known for playing a perfect hero kind on television which has received immense love from my fans and audience. With this show, I am venturing into a completely new territory and viewers will get to see me in a completely different avatar than what I have played so far, including Kasautii. The character has its own machismo, attitude, glamour style from the 90s and far from the usual stuff.” Also Read – ‘If it was all about nepotism, I would have been on my 10th film by now,’ says Sooraj Pancholi

For those not in the know, this is not Parth’s digital debut. The actor has been previously seen in Kaisi Yeh Yaariyaan 3 and Kehne Ko Humsafar Hai 2 in which he made a cameo appearance.

Well, how excited are you to watch Parth playing a baddie in Hero? We are super stoked. Let us know your thoughts about our Man Crush Monday, by tweeting @bollywood_life.

Hey there! BollywoodLife.Com Awards 2021 are back and Voting is Now Open!
Click Here to Vote Your Favourites and Stand a Chance to WIN Exciting Prizes.

Pharrell Williams Opens Up His First Ever $200M HOTEL!! (PICS)

Prince Philip – Here’s Why The Royal Family Will Not Be Wearing Military Garments At His Funeral!

Prince Philip - Here's Why The Royal Family Will Not Be Wearing Military Garments At His Funeral!