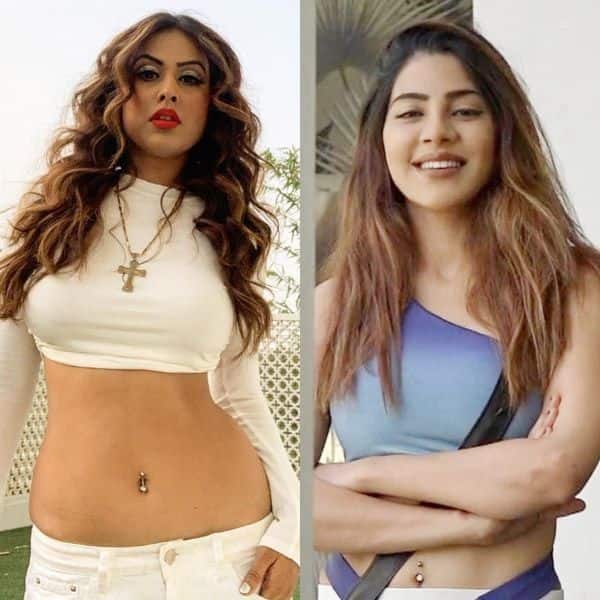 The belly button is one accessory that always grabs attention. After all, psychologists say that lovers are distinctly drawn towards the navel though it is not traditionally considered as attractive. Also, it takes some courage to get pierced in the navel. Today, let us know which of these two beauties rock the belly button better. We have Nia Sharma and Nikki Tamboli. First of all, both these girls have insanely flat abs and can carry off any kind of outfit. The ladies rock the crop top-pants, matching separates and bodycon dresses wonderfully. Also Read – From Nia Sharma to Surbhi Chandna: Actresses who love riding bikes and nail it like ninjas!

We have seen Nia Sharma in a belly button in some of her recent pictures. It has been there since a while but we got a very good view in these clicks where she is wearing a white crop top with matching denims. Loose blonde curls and red hot lipstick added that extra oomph to her looks. Even rumoured boyfriend, Rrahul Sudhir left a fire emoji on the pics. Nia Sharma who is voted as one of the top sexiest Asian women makes us drool effortlessly. The actress has been sharing some sizzling swimsuit pics from Jamai Raja Season 3 that have broken the Internet. Also Read – Nia Sharma, Mohit Sehgal, Shoaib Ibrahim – 5 TV actors who refused to play elderly roles in shows

Nikki Tamboli has become a household name after Bigg Boss 14. The young lady who did a few movies down South became one of the finalists of the show. Her social media popularity can be gauged by the fact that her first Insta reel beat the record held by Sidharth Shukla. Well, it can be said that protege has beaten the mentor! Nikki Tamboli also sports a belly button. We saw it inside the house and even some days back when she was spotted in a bright orange top and matching pants. Now, tell us whose belly button look do you love more? Also Read – Nia Sharma and Shalin Bhanot’s dance face-off is simply unmissable – watch video

Tell us know whose look did you like more?

Katy Perry Opens Up About Why She Decided To Have A Baby At This Stage In Her Life And Why She’s So Glad She Did!