Kim Taehyung/V or Jimin — whom did you like more in the BTSXLouisVuitton video? Vote Now 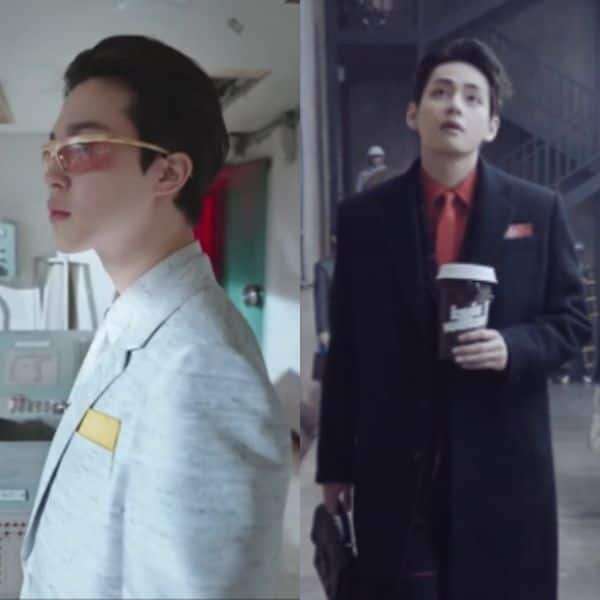 South Korean boy band BTS made their runway debut for Louis Vuitton in Seoul. The video was unveiled yesterday and BTS ARMY had a meltdown of sorts. While the boys are not professional models, they are outstanding at whatever they do. All of them looked great and totally owned it. The show opened with Jimin walking down in a grey suit. The silver bag, glares and his sharp suit made him look like a tycoon/mafia boss. In fact, fans are talking about how they want a mafia concept given how dope all of them looked. Jimin seems to have got the memo right as he aced the walk and look. His fans were thrilled to see him opening the video. LV FRONTMAN JIMIN, MODEL PARK JIMIN and GLOBAL IT BOY began trending on social media. Also Read – When BTS’ J-Hope cited examples of Amanda Seyfried, Shim Euddeum and Tinashe to describe his ideal type of girl

The other BTS member who got a lot of space was Kim Taehyung. While Jimin looked like a mafia boss, he looked like a hot lawyer. FASHION ICON V began trending in minutes. Dressed in a long trench coat with a red shirt with a coffee in hand, V’s stare was enough to make hearts flutter. These two boys had all eyes on them. Also Read – BTS: Is SUGA like Nostradamus? Check out all the times his predictions came true, including Butter ruling the roost on Billboards Hot 100

Jimin and Kim Taehyung are known as fashion icons and the Louis Vuitton video proved it. Tell us whom did you love more as a model? All the members of BTS did well but these two did stand out. Jimin is known for his duality but this imposing look in those formal was killer. Even Kim Taehyung ditched his cute persona for a more menacing avatar. So, take the poll and tell us who made a better impression. Also Read – BTS Jungkook’s baby doppelganger Rowoon is winning over ARMY with his cuteness; striking resemblance between the two will leave your jaws dropped

Latina Lesbian: Me And Megan Thee Stallion Were In Love w/ Each Other!! (DETAILS)

Should Clint Take Tracie Back?! | Love After Lockup

Amelia Hamlin’s Top Is ‘M.I.A.’ In New Hot Pics That Show Her Wearing Nothing But A Pair Of Pants!

Should Clint Take Tracie Back?! | Love After Lockup

Though nothing close to the first part, Eddie Murphy’s sequel is good for some laughs