This is not the first time we have seen Kangana Ranaut in a saree and this is not the first time that she has made heads turn with her airport look. But yet, this latest look by the Thalaivi star deserves to be talked about. Reason! It is summer people! And this bright yellow hue is just the colour that we all need in our wardrobe like right now! Kangana Ranaut, who will be next seen in Thalaivi, has been shooting for Tejas the last few weeks. And she was headed to the airport today when the paparazzi caught up with her. The actress looked absolutely stunning in a mango yellow saree. Our favourite part is the bandhani print in white on yellow which gives the already happy hue a festive, celebratory vibe. Kangana chose a plain matching yellow blouse and tied her curls up in a bun to suit the summer heat. A deep red on her lips, a brown bag, black round sun glasses and studs in the ears completed her look. Also Read – Kangana Ranaut schools young people on how to wear ripped jeans and not look like a beggar 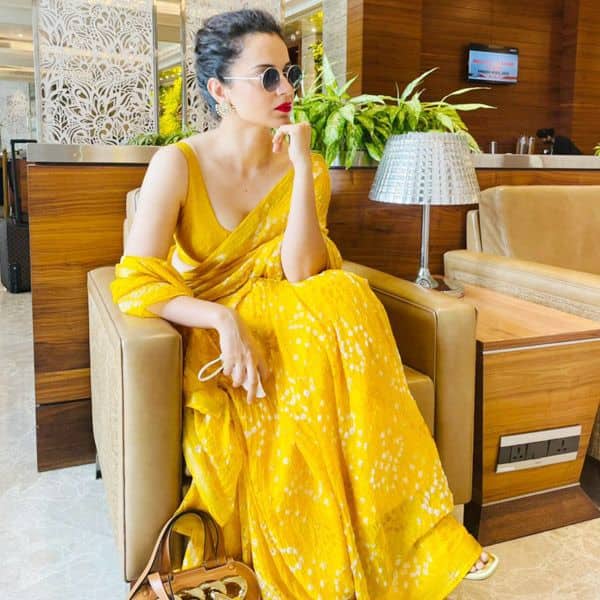 As she waited to take the flight, Kangana posted a few pictures of her in the beautiful yellow saree and the caption read, “If you love your nation then you are a nationalist if you are obsessed with your nation, and every single action of yours is directed at its well being every penny that you spend you want your nation and it’s people to benefit then you are an ultranationalist.” She ended it with the hashtag #vocalforlocal. Also Read – WTF Wednesday: Kangana Ranaut comparing herself to Meryl Streep; declaring herself ‘best actress on the planet’ is taking ARROGANCE to another level 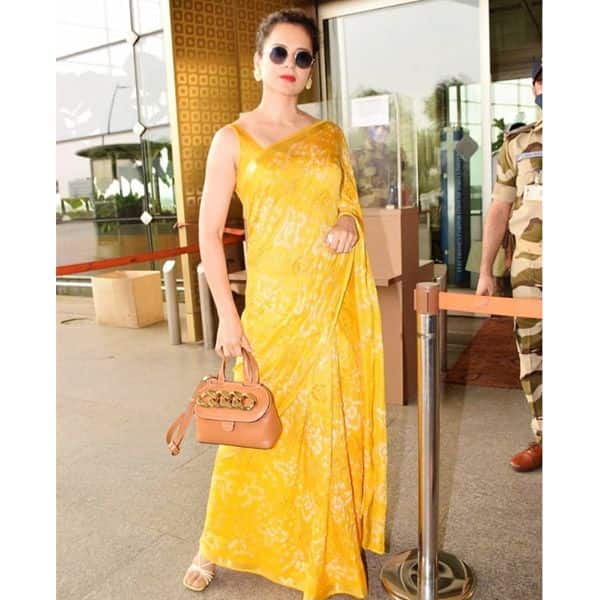 On the work front Kangana has Thalaivi which is as of now slated for a release this month on April 23. She will be playing the late Tamil Nadu CM J Jayalalithaa in the biopic and as of now, there is no news about the team shifting the release date, owing to the lockdown in Maharashtra. She also has Tejas which sees her as an Air Force officer, Dhaakad which is again an actioner and and Manikarnika Returns: The Legend Of Didda. She also has another film in the pipeline where she will play the role of former Prime Minister Indira Gandhi.

Prince Harry Confirmed To Be At Prince Philip’s April 17 Funeral – Here’s Why Meghan Will Not Also Attend!

Prince Harry Confirmed To Be At Prince Philip's April 17 Funeral - Here's Why Meghan Will Not Also Attend!

Celebs Who Are First Time Moms This Mother’s Day