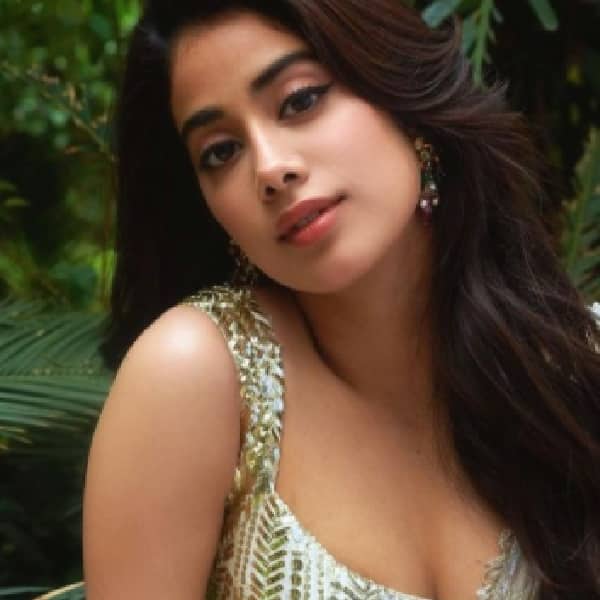 Janhvi Kapoor has inherited the best genes from the gorgeous late Sridevi. The young lady is one of the most beautiful actresses of Bollywood currently and there are millions of her fans who drool over her beauty. Every picture, every video of Janhvi Kapoor makes her fans skip a heartbeat. And well, whenever she appears on the cover of magazine, uff, she leaves everyone swooning. Recently, she appeared on the digital cover of Elle magazine and we are totally in love with her looks. Also Read – Sonam Kapoor claps back after Diet Sabya claimed that Anamika Khanna lifted inspiration for her ‘AK-OK’ signature style

On the cover, Jahnvi Kapoor appeared wearing a Tarun Tahilani creation in golden. What appears to be an anarkali gown, Janhvi Kapoor is indeed a sight to behold as she pulls of a sexy pose. In the caption, she has mentioned that the accessories donned by her are also by the ace designer. She is wearing a chunky neckpiece with red and blue stones, and a huge golden handcuff. Adding a little spunk to her traditional look are her nail colored black. Also Read – From customised footwear to gilded lehenga, Sonam Kapoor’s wedding outfits were a labour of love!

For her next look, Janhvi Kapoor slipped in an out-of-the-box creation by Anamika Khanna. She donned a multi-colored jacket with embellishments, fringes and many more elements on it. She wore boots by Fendi and antique jewellery by Lara Morakhia. Sassy and how, Janhvi Kapoor totally nailed this look for the magazine. Another look has her dressed in a golden crop top and dhoti by Tarun Tahilani. Do not miss out on the netted gloves that she is sporting. The gorgeous looks teamed with Janhvi Kapoor’s charm make for a visual treat. Take a look at her pictures here. Also Read – It’s just another smashing day for Sonakshi Sinha in this Anamika Khanna ensemble – View Pics

As she appeared on the cover, in the interview with the magazine, she spoke about the current situation of the country due to Coronavirus. She was quoted saying, “It’s hard to go to sleep knowing there is so much pain, helplessness and suffering in the country right now. And you feel guilty for not doing enough. I’ve realised, now more than ever, what a place of immense privilege some of us are in. The only thing people in my position can do is help people around them.”

Prince Harry And Prince William On Speaking Terms Again – Source Says They’re Keeping In Touch Over The Phone For Now!